It’s a unique tour which offers you Tanzania family safari, historical as well as cultural sight experiences in a reasonable and responsible quality. You will have a glimpse on incredible wildlife in Serengeti N.P. and Ngorongoro Crater, Game drives in Lake Manyara N.P. & Tarangire N.P. Maasai Culture Safaris & Olduvai George and Walking safari in Arusha N.P.

A.m. after scrumptious breakfast, roving to Lake Natron. Throughout the drive, you can sight some Maasai villages, termite knolls, gazelle, giraffe, zebra, baboons. Bee boxes, as well as birds such as vulture, ostrich, Starling, Kory bustard, and kite in this Tanzania family safari.
Wild and distant Lake Natron rests at the lowermost point of the Rift valley in the northeast of Tanzania.Therefore amongst the Ngorongoro Heaths and the Serengeti steppes. It is positioned at the foot of Tanzania’s only active volcano: Oldonyo L’Engai (the ‘Mt. of God’).
Round Lake Natron, it is the backcloth rather than the animals that is the magnetism; the conditions is dry, deserted and dramatically gorgeous. This NP is visited by few vacationers and will confidently plotting you as well as mesmerize your imagination with its wild, ordinary magnificence. Overnight at the camp/lodge/hotel.

In the very early a.m., before it’s getting too scorching, you depart with Wildlife Safaris Adventure – ushered by a Maasai leader – for a 3 to 4-hour step to Lake Natron. The walk goes via Ngare Sero village where you can spot how the native Maasai community exists. The Lake Natron region belongs to the Maasai and it is very rousing to sight them alive and busy with their cattle in such delightful temperatures and unfertile soils.
enjoy a pretty starry sky and a delightful dinner.

Today we move to Tarangire National Park where we will have a morning game drive before having hot lunch at a lodge/camp. After lunch, we will have a late noon game drive and go back to our camp/lodge for delectable dinner and rest ready for next day. The park has its own roots of water, comes into its particular in the dehydrated season as birdlife collect on the Tarangire River and herds of giraffe, zebra, buffalo and, in certain, elephant can be sighted. Hunters such as lions and leopards are also regularly marked here. Overnight at the lodge/camp.

A.m. after an early breakfast, you will be moving to the fourth National Park of this trip: Lake Manyara NP.
On arrival, you will be stretching your legs within a 2 to 3-hrs village walk in cozy ‘Mto wa Mbu. Here you will encounter the homegrown community, taste home-grown banana beer, learn around the Makonde carvings and listen to your leader who will tell you all about the way of booming in this village. After the village step, you will have a native lunch.
After lunch, you go in Lake Manyara National Park This is a small but very lovely park providing wonderful sights, outstanding game watching and an unbelievable collection of birdlife. You have an opportunity to spot zebra, warthog, giraffe, elephant, hippo, wildebeest and the sporadic tree climbing lion. Overnight at the camp/lodge.

On the way via the Ngorongoro Conservation Area, we halt to visit Olduvai Gorge. It is inside this sheer sided gorge that Louis and Mary Leakey made some of the world’s most significant archaeological findings in the 1950s. Here in a trivial museum, we are able to spot mark of our descendants that have been dated back to 2.5 million years ago.
Then we continue to Serengeti NP arriving after lunch. The rest of the after lunch is spent game watching between the massive prairies that are wrecked only by acacia trees and the uncommon kopje (rock formation). In January and February, we will generally meet the migration with great herds of wildebeest, zebra, and gazelle. There are constantly abundantly of occupant animals, such as giraffe, buffalo, and elephant, as well as several large predators such as lion, cheetah, as well as leopard.

Early a.m. game drive to sight nocturnal butchers getting back from hunting and animals awakening up in early a.m. light. After experiencing a bush breakfast at the hippo pools, you continue with your game drives around Serengeti called after an ancient Maasai word Siringet, meaning ‘Endless Plains’.
Basing on the time of year and the migration of the herds you can assume to sight wildebeest, lions, elephants, giraffes, zebras, primates, baboons, hippos, rhinos, antelopes and several birds and other types. Back to your luxury camp for late lunch below Acacia Trees or stay in the bush till late afternoon. In the nightfall, you will be astonished with a secluded candle light dinner beneath African Stars. Overnight at the Tented Camp/lodge/hotel at Serengeti.

We start with an early a.m. game drive in this delightful park, wake up early to make the maximum of our time. Our guides will select the finest sighting places for the time of year; we can have time at the Hippo pool viewing these regal animals lounge about in the cool water Luckily living together with the crocodiles, view a big conceit of lions, be in the mid of the migration, before moving back into the Ngorongoro Conservation Area and to the rim of the Ngorongoro Crater where we spend the night.

Finally in safari outdoor early a.m. game drive in Ngorongoro Crater where we should spot more games, before getting back to Arusha and, direct to Kilimanjaro Airport in time to clasp our flight home.  enjoy with tanzania family safari

 Tanzania hotel fees (the eve of the safari and the night after the safari),
 Tips,
 Laundry services,
 Beverages/ drinks,
 international flights,
 Visas,
 Items of a personal nature,
 optional activities and any other extras not detailed in the above 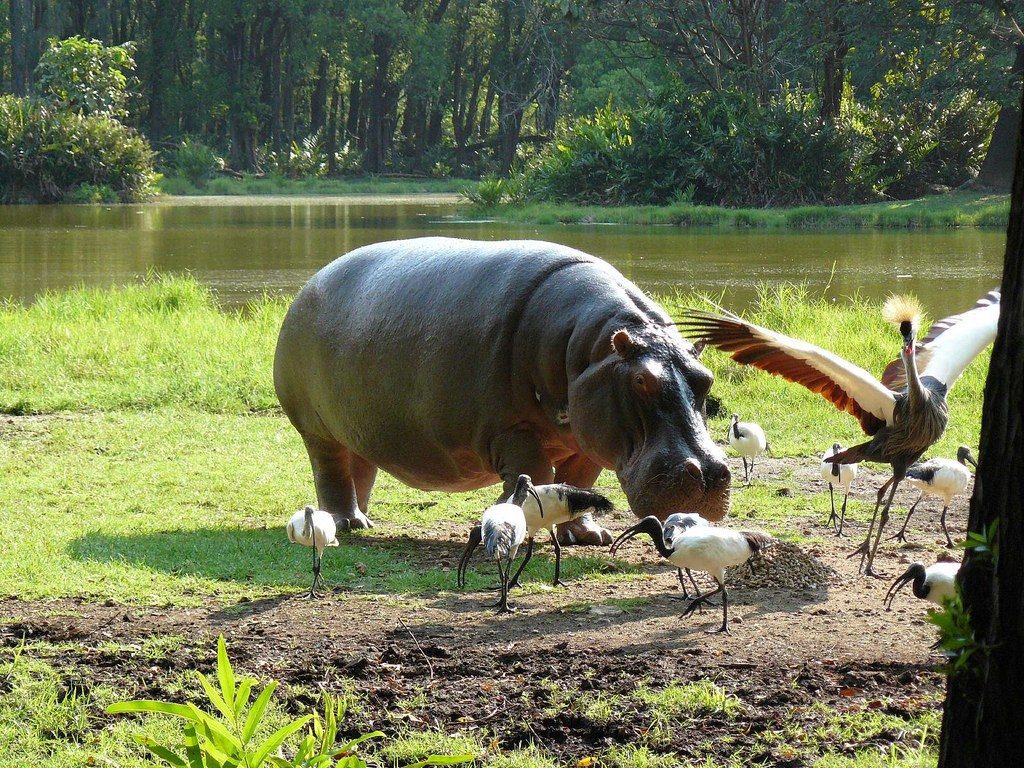 This is an example page. It’s different from a blog post because it will stay in one place and will show up in your site navigation (in most themes). Most people start with an About page that introduces them to potential site visitors. It might say something like this: Hi there! I’m a bike messenger […] 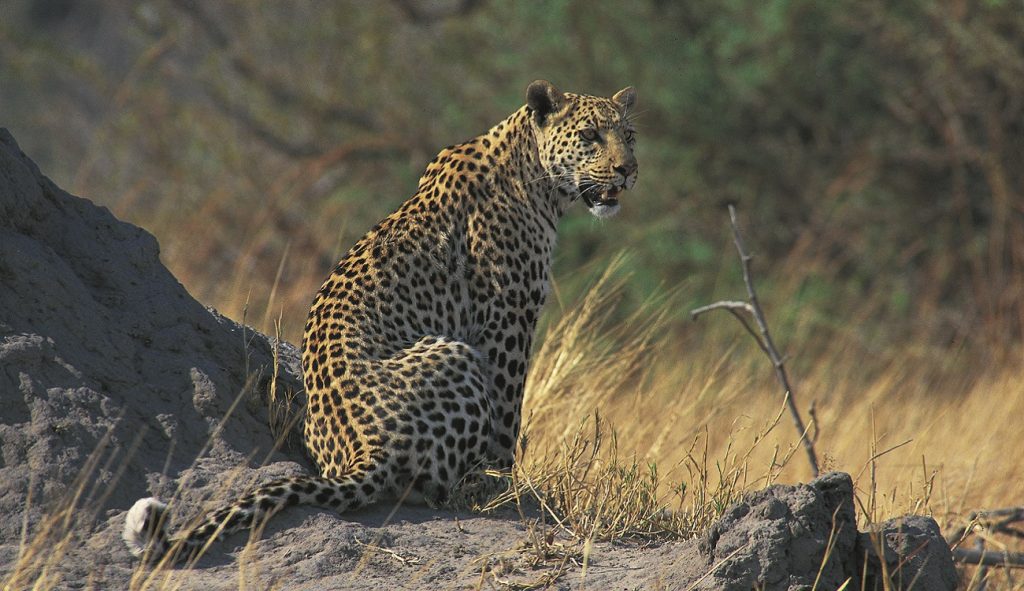 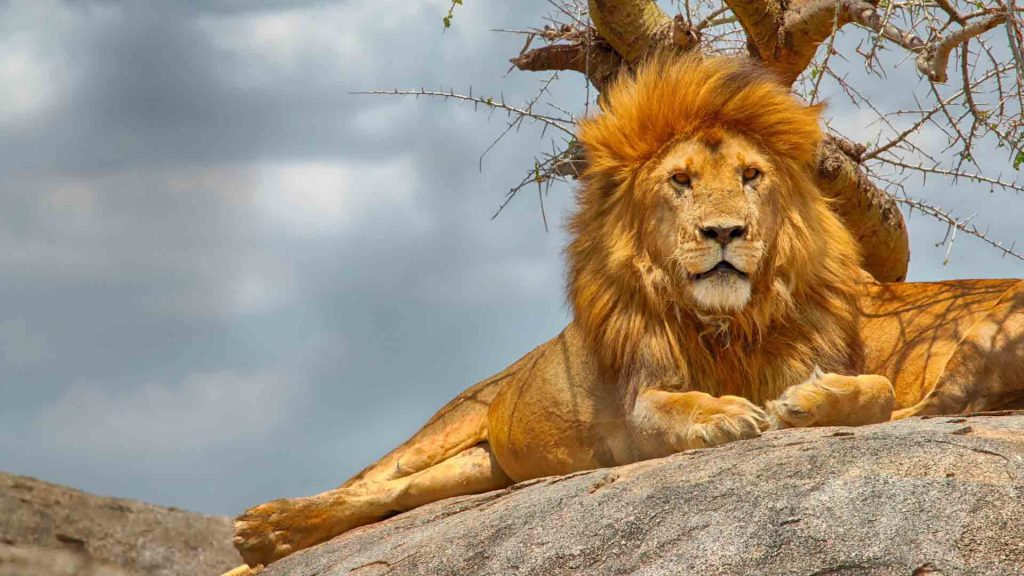 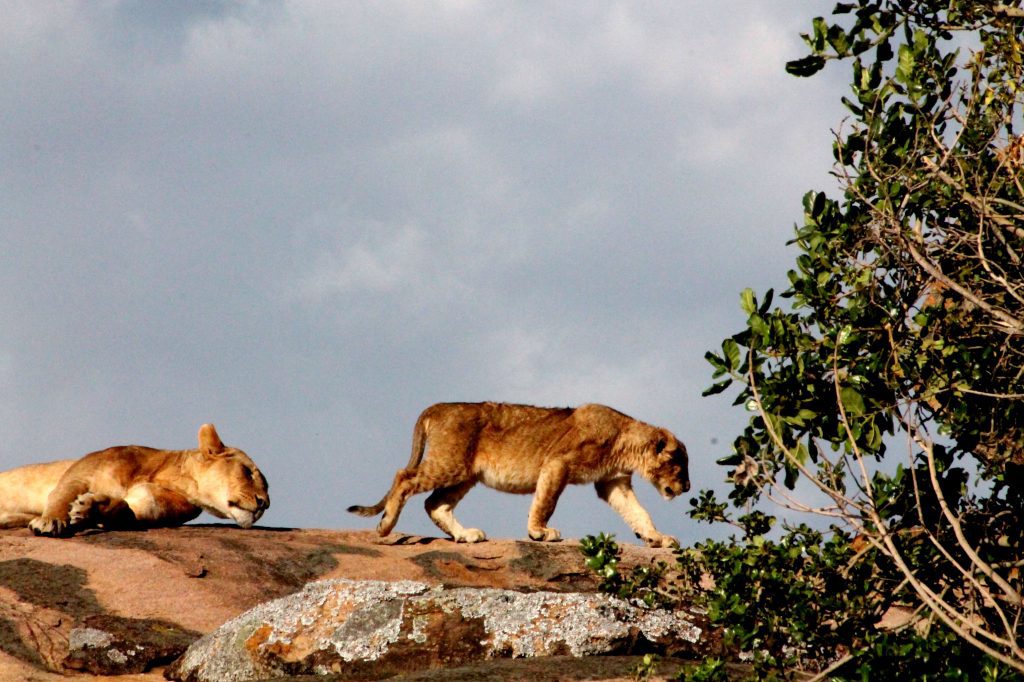 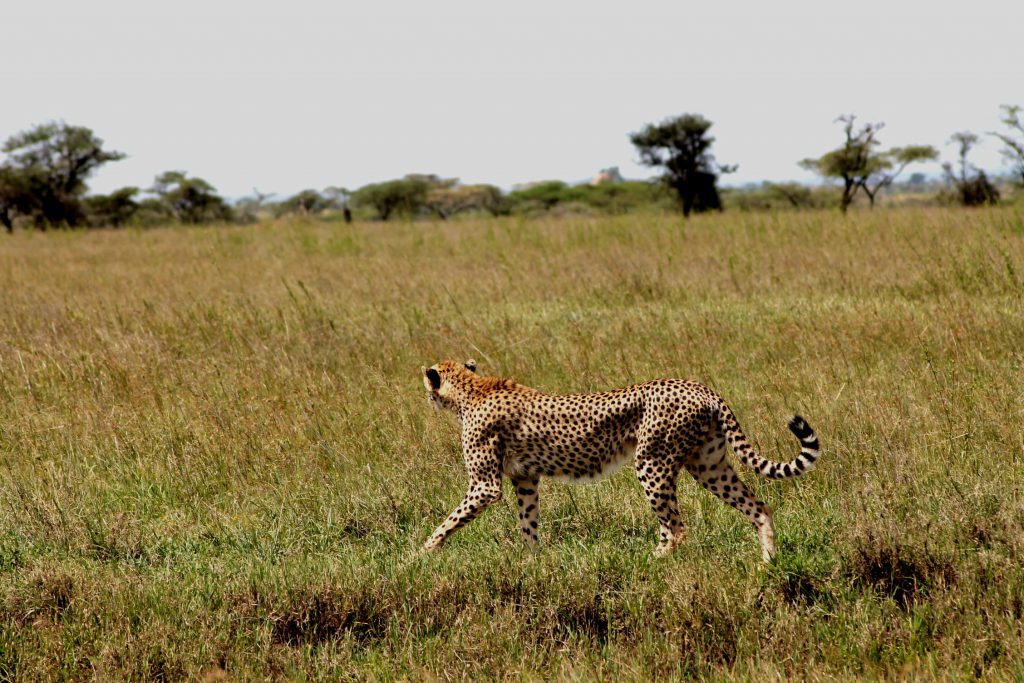 Tanzania Trip Blog Getting a glimpse of Tanzania’s highest mountain from the frosted aeroplane window is, without a doubt, the best possible start to your Tanzania holiday. At a height of 5,895 meters, Mount Kilimanjaro’s appearance is fiercely contrasting; its dramatic peaks with sharp edges cut through the candy-floss-like clouds, highlighting its dominance in the sky. For that [...] 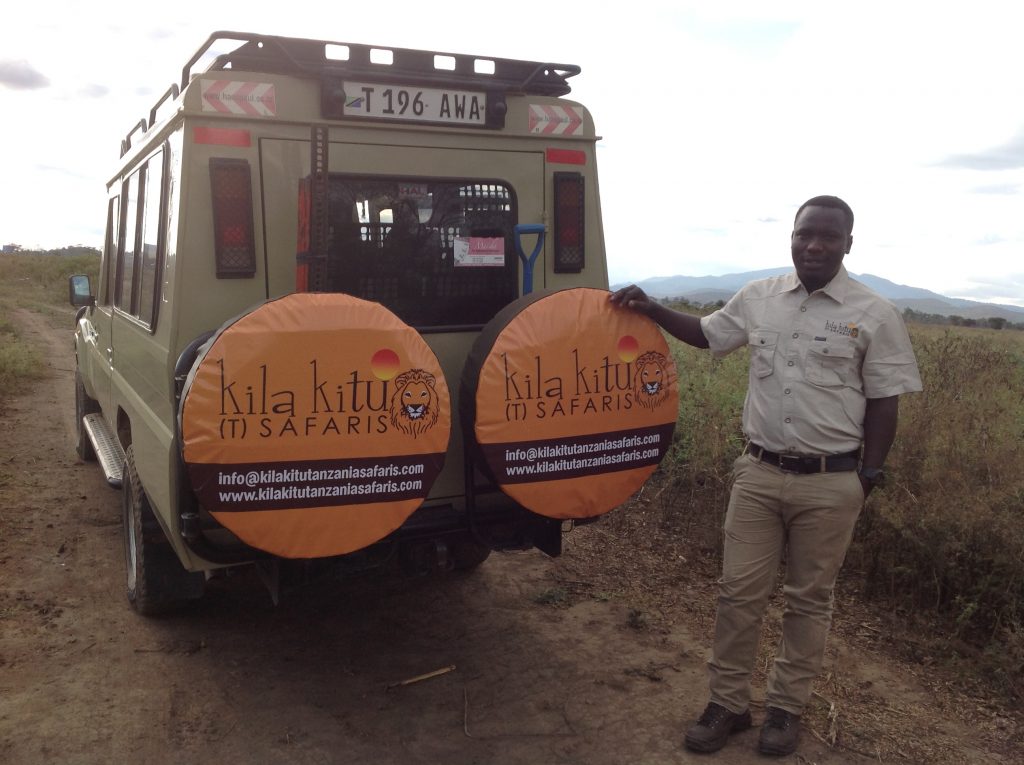 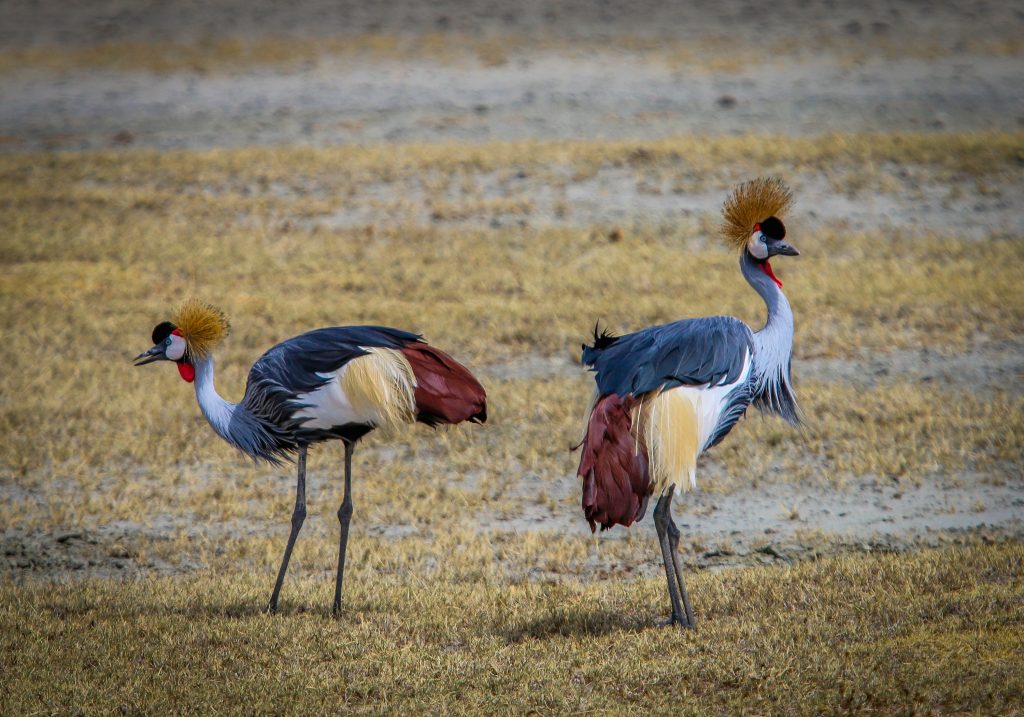 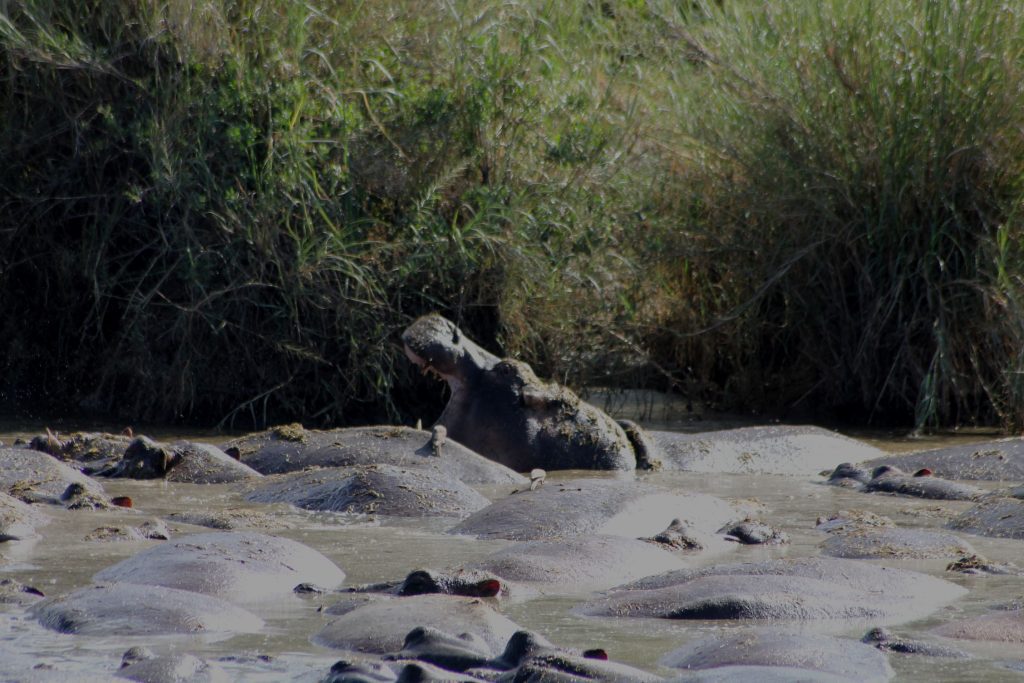 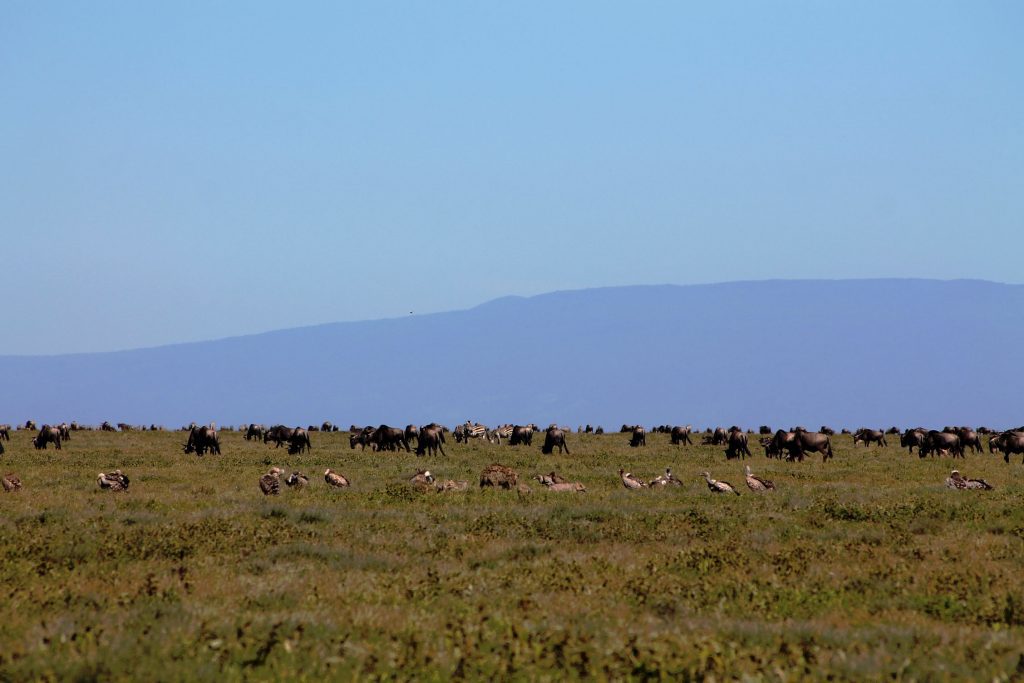